International gold records with enduring stage presence. Johnny Tillotson was born in Jacksonville Florida where with the help of his mother and grandmother, he developed his singing and song writing talents.

After graduating from the University of Florida Johnny moved to New York City and this led to a string of hits and his first Grammy nomination for 'It Keeps Right )n A-Hurting'. This song went on to be recorded by more than a hundred artists including Elvis Presley, and most recently it was a number one for Billy Joe Royal.

With eighteen chart records to his credit Johnny moved to MGM Records where his first release 'Talk Back Trembling Lips' was a huge success. This was followed by another eight chart records including 'Heartaches By The Number', which was Johnny Tillotson's second Grammy nomination for Best Vocal performance.

Johnny Tillotson's chart toppers include 'Poetry In Motion', 'Judy, Judy, Judy', 'It Keeps Right On A-Hurting', 'Talk Back Trembling Lips', 'Without You', 'Send Me The Pillow You Dream On' and 'You Can Never Stop Me Loving You'.

Johnny Tillotson has had hits in many countries including England, Australia, New Zealand, the USA, Thailand, Malaysia, Singapore, France, Germany and Japan. He has had thirty one charted singles on the pop and country charts, been nominated for two Grammy awards, won two BMI Song-writing awards and his music has been featured in numerous movies. He has sold tens of millions of records world wide.

Johnny Tillotson, who has enjoyed a very successful career entertaining audiences throughout the world, toured Australia with the Allstars during 2007 and retoured in 2008. 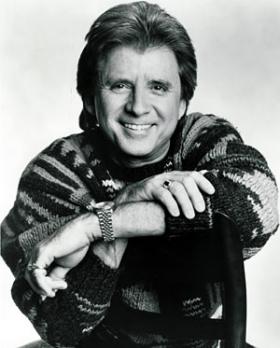