To Australian, and many overseas rockers, the name Lucky Starr is remembered for the gigantic international hit "I've been everywhere". Lucky is a magnetic stage performer, a man of many talents and a very diverse recording artist.

In early 1962 Lucky met songwriter Geoff Mack in an Afro-Cuban nightclub in Kings Cross. Geoff played him "I've been everywhere" and Lucky recorded it a couple of weeks later. It was released in Australia on Festival and in the USA on Dot Records.

Lucky moved to the United States and had chart success with "Poor little Jimmy Brown". During this time Lucky concentrated on the cabaret circuit and toured the world extensively for the Hilton Hotel chain. With the considerable success he had in Las Vegas Lucky was offered American residency.

His recordings on Dot Records were produced by the multi hit international artist Jimmy Rogers.
During Johnny O'Keefe's absence Lucky took over as compere of "Six O'clock Rock" and became a regular on "Bandstand" and "Sing! Sing! Sing!"

In the late sixties Lucky Starr was the first Australian to perform for the Australian troops in Vietnam. Lucky still works hard for the Vietnam veterans and headlined the "Remembering the Spirit" concert at the Melbourne Concert Hall.

Lucky recently starred on the Long Way To The Top concerts throughout Australia performing to audiences estimated to be more than half a million people. At every venue he stunned the audiences with his highly professional yet hard edge performances. 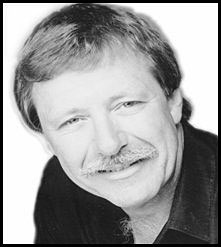