Throughout her career Beverley Dick was conscious of performing material with which the audiences could really relate. Although her recording work was not extensive, it was significant that Beverley was the featured female vocalist on probably the first rock-n-roll album recorded in Australia. Beverley's capacity as a vocalist was highlighted by the ease with which she made the transition during her career from Country and Western to Rock­n-Roll and then to music suitable for ballroom dancing. She was probably the first to professionally make such a transition. 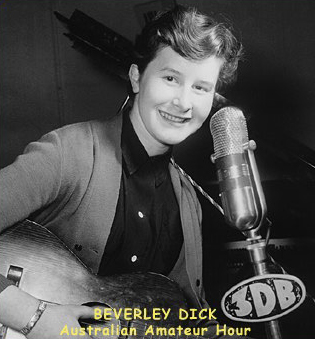