Johnny Preston, hailed from Texas USA, started singing with a school choir. In the fifties he formed a group known as the Shades. With the Shades Johnny Preston performed at dances in southern Texas. Johnny Preston won a Certificate of Appreciation for his performances and was discovered at the Twilight Club in Port Neches Texas by the legendary Big Bopper.

The Big Bopper, who was a prominent DJ in Beaumont Texas, provided encouragement for Johnny Preston to record and it wasn't long before Running Bear, the story of an Indian brave and his love for a maiden of an enemy tribe, was recorded.

Running Bear was written by the Big Bopper (JP Richardson), with the inspiration being a commercial for Dove soap. The death of the Big Bopper with Ritchie Valens and Buddy Holly caused the Mercury Record executives to delay the release of Running Bear until some months later.

Running Bear, which was number one on the worldwide charts, was amongst the best sellers for more than twenty seven weeks and has been featured in movies and television programs. It was in the top ten most popular songs of 1960. Running Bear sold more than three million copies.

Johnny Preston has been inducted in to the Rockabilly Hall of Fame and regularly tours with rock legends such as Bobby Vee, Little Richard, Chris Montez, Buddy Holly's Crickets, Brian Hyland, Leslie Gore, Lou Christie, Freddy Cannon and the Fireballs. In late 2005 he completed a tour of the United Kingdom. In 2006 and 2007 he completed successful Australian tours with the Allstars.

The DVD, Johnny Preston Down Under with the Allstars, is available in the USA. The CD, Be Our Guest, which features the Allstars, Chan Romero, Lucky Starr, Betty McQuade, Rick Diamond and Joan Mifsud is available at music outlets and from this webpage.

As well as being on many compilation albums Johnny Preston's recordings have been especially released on the prestigious Bear Family label. He has recorded for Mercury, Imperial, Hallway and KAPP. Johnny Preston has an impressive place in the history of rock-n-roll.

Johnny Preston believed in putting back in to the community from which he drew his success. He raised thousands of dollars to support worthy causes around Port Arthur Texas. 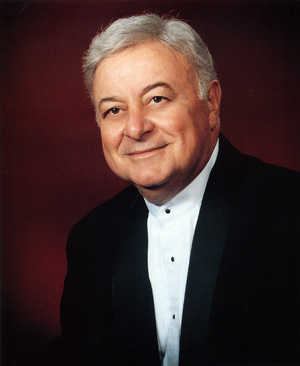