In the history of rock-n-roll music the Crystals, an American all-female vocal group, is considered to be one of the defining acts.

The Crystals chart hits, including “There’s No Other (Like My baby)”, “Uptown”, “He’s Sure the Boy I Love”, “He’s A Rebel”, “Da Do Ron Ron” and “Then He Kissed Me”, were all produced by Phil Spector.

The latter three songs were ranked in the Rolling Stone magazine’s list of the 500 greatest songs of all time.

The Crystals were the first group to record using the Goldstar Studio developed Wall of Sound, which was heavily promoted by Phil Spector.

The first recording was made late in the evening of the high school prom at Central Commercial High School, the school attended by Barbra, Mary and Myra. They we still wearing their prom dresses as they had arrived for the recording straight from the prom.

Brill building songwriters Barry Mann and Cynthia Weil’s “Uptown” gave the girls their second radio hit. Their next single in 1962 was “He Hits Me” written by Carole King and Gerry Goffin.

Legend has it that the Crystals were unable, at short notice, to travel from New York to Los Angeles fast enough to suit the LA based Phil Spector, who wanted the Crystals to quickly record the Gene Pitney composition “He’s A Rebel” before it could be released by another artists on Liberty Records. So Spector had Darlene Love and the Blossoms, who were based in LA, record the song and it was released under the Crystals name. It was a number 1 hit. Their follow up single, “He’s Sure The Boy I Love”, also featured Darlene Love and the Blossoms under the Crystals name.

The classic “Da Do Ron Ron” was top ten in the USA, UK and Australia, as was the follow up single ”Then He Kissed Me”.

Despite the steady flow of hits for the Crystals tensions between Phil Spector and the girls mounted. Already having be replaced by Darlene Love and the Blossoms on two singles, the Crystals were even more upset when Phil Spector began focusing much of his time on his other girl group, the Ronettes.

Dolores ‘Dee Dee’ Kennibrew is the only original Crystal who remains active touring. Dee Dee continues the Crystals legacy by performing throughout the world with Mel Soultree and Patricia Pritchett-Lewis. 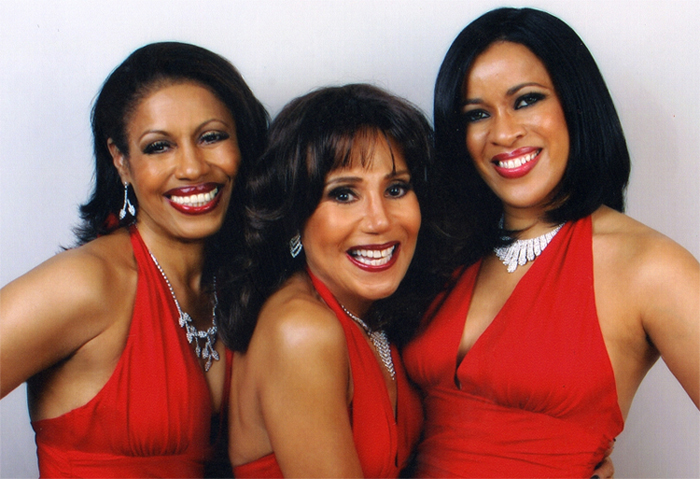