Rick Diamond has performed to a wide range of audiences throughout Australia since the sixties. The reaction from the audiences often sees him returning to the same towns over and over.

Rick first achieved significant public recognition when, as the lead vocalist with the Henchmen, the group won the Hoadley's Battle of the Sounds competition in 1965. By winning the competition The Henchmen were awarded a recording contract with Go! Records.

With the vibrant character of Rick Diamond's voice out front the Henchmen released the classic 'Rockin' Robin'. It was an outstanding chart success throughout Australia. It is still available on compilation compact discs.

Rick Diamond has shared the stage with many artists including the internationally acclaimed Dave Clark Five, Melbourne's own Seekers, Johnny Preston and Bobby Rydell.

Over the last two decades Rick Diamond has focussed his dramatic vocal talents towards the music of the legendary Roy Orbison. Those people who have experienced Rick's recent performances quickly realise that there is an amazing similarity between the voice of Roy Orbison and the soaring vocals of Rick Diamond.

Rick's 'Wild Hearts' release, which has a number of songs in the Orbison style, has proved to be very popular amongst audiences wherever Rick Diamond performs.

Rick Diamond is featured on the recent CD release 'Be Our Guest' which also includes the Allstars, Johnny Preston, Chan Romero, Lucky Starr, Betty McQuade, and Joan Mifsud. Be our guest is available from this webpage or from music outlets. 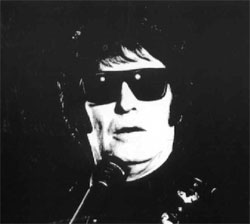