With a sting of mega hits including Que Sera Sera, It aint necessarily so, It's not easy and Shakin' all over, he quickly became Australia's first King of Pop. While riding an amazing wave of popularity Normie Rowe was conscripted to serve in the Australian Army. Normie experienced active service in Vietnam.
After discharge Normie returned to entertaining Australians and others around the world. He was awarded the accolade of Best Performer at the World Music Festivals in Tokyo and Seoul.

Normie also honed his acting skills and performed on the television series Sons & Daughters. Combining his vocal ability and his acting skills Normie ventured in to musical theatre. Further accolades followed with the Most Outstanding Actor award from Variety for his work in the Broadway blockbuster Les Miserables.

Australia 's highest civilian recognition, the Order of Australia, was bestowed on Normie Rowe for his services to the Vietnam veterans and the entertainment industry.

Normie Rowe starred in the national tour of Long Way to the Top which featured many of Australia's rock-n-roll performers. The audience reaction was simply outstanding.

Normie Rowe, who frequently performs with the Allstars, is one of Australia's favourite sons. 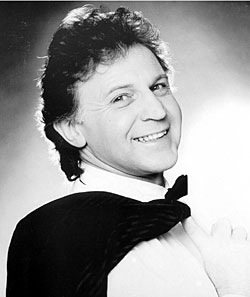